Attention Umpires: If you are interested in umpiring Senior Softball-USA tournaments in the Kansas City area, send an email to SSUSA’s regional umpire in chief, Donna McGuire, at
dmcguire.kcstar@yahoo.com with your contact information, umpiring experience and reasons for wanting to umpire senior softball.

Situation: With a runner on second and two out, the batter hits a blooper toward left-center field. Unsure if it will be caught, the battler trots toward first base holding his bat. The ball drops safely in front of the fielder as the runner touches first base and then hands his bat to his coach. What is the call? No call. The batter is safe at first. Though some associations have a rule against it, our league does not prohibit the carrying of the bat to first base. Neither does Senior Softball-USA or ASA, the two associations from which our rules are drawn. As long as the batter does not use the bat to interfere with a play, or threaten an opponent, there is no penalty.

Answer: No call. The batter is safe at first. Though some associations have a rule against it, our league does not prohibit the carrying of the bat to first base. Neither does Senior Softball-USA or ASA, the two associations from which our rules are drawn. As long as the batter does not use the bat to interfere with a play, or threaten an opponent, there is no penalty.

Situation: Runner on third in a tie game in the top of the seventh with no outs. The batter hits a grounder to the second baseman, whose throw home is wild up the third-base line. It hits the fence and bounces back toward the field. The catcher chases and grabs the ball then tags the runner, who already has crossed the commitment line. The runner never touches the scoring plate and goes back to his dugout. What is the call?

Answer: Once a defender tags a runner who has crossed the scoring line, the runner automatically is safe and no longer has to touch the scoring plate.

Situation: Runner on first. Batter singles to right. The runner advancing to second slides past the base without being touched. The second baseman bobbles the ball, drops it, picks it up and steps on the base but doesn’t tag the runner. Afterward, the runner scrambles back to second, still untagged. Is the runner out?

Since we are deep into summer softball, here are three additional rules nuggets:

2. When five runs are being awarded a team as an equalizer, the runs usually are awarded one per inning in innings second through six. If the game only lasts five innings, the team gets only four equalizer runs instead of five.

3. In our conferences, a foul tip still must go over the batter’s head to be caught for an out.

Situation: Entering the top of the eighth inning in a tie game, the visitors start a runner on second base, per the international tie-breaker rule. (By rule, that runner must be the last player to have finished an at-bat in the previous inning, and he cannot be replaced by a courtesy runner until reaching third base.) The lead-off batter hits a single, and the runner from second moves up one base to third. Players in the dugout tell “Bob” to go run. Bob mistakenly thinks they mean at first base, so he goes there, orders his teammate off the base and then steps on the base. His teammates yell that they meant for him to go to third. He steps off first base, and the original runner steps back on. The umpire immediately calls the runner at first out for illegally returning to the base after being replaced by a courtesy runner. While the manager argues with the umpire, the courtesy runner who left first now trots to third and replaces that runner. What is the call?

Answer: Once Bob stepped on first base, he was in the game as a courtesy runner. When he allowed the original runner to replace him at first, he created the out call at first. (Runners lifted for courtesy runners cannot return to a base in that inning, whether in their spot in the batting order or in another player’s spot.) When Bob went to third base and stepped on that bag, he should be called out as well, because he already had entered the game as a courtesy runner when he touched first base, and no player can be a courtesy runner twice in the same inning. So instead of having runners on first and third with no outs, the team has bases empty with two outs.

Situation: A runner is on third with one out when the batter hits a long fly ball between left and left-center. Thinking the ball will fall in, the runner breaks from third and runs three-fourths of the way home before hearing his base coach yell that the ball was caught and he needs to tag. One foot touches down past the commitment line before the runner brakes and heads back toward third, beating the throw from the outfielder. Is the runner safe? 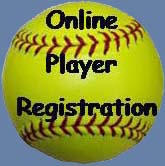 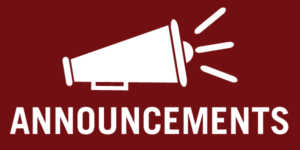